Same sex marriages have been at the forefront in the news recently. While Federal law 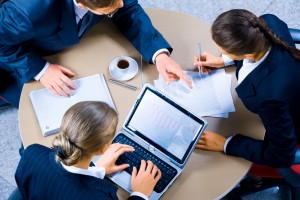 states that veterans and their spouses are eligible to apply jointly for VA loans, unmarried couples (states where same sex marriages are not recognized) could only get support if all parties were eligible for the benefit on their own.

Back in September 2013, the VA was the first government backed mortgage provider to offer VA loans to same sex married veterans. The VA home loan guaranty benefit for same sex marriages is reviewed in the same manner as it is performed for opposite sex married couples.

VA recognizes a Veteran’s marriage for VA loan purposes if:

-the marriage was legal in the place where the Veteran or the Veteran’s spouse lived when he or she filed a VA claim or application (or a later date when the Veteran became eligible for benefits).

However, while the federal government recognizes same sex marriages, eligibility is contingent upon the individual state and their stand on same sex marriage. Since this is not recognized by all states, VA loan approval depends on the location of the borrower. In some states, a same sex married couple will need to follow the guidelines for a VA joint loan. VA joint loan rules are as follows:

-the veteran and one or more non-veterans (not spouse)

-the veteran and one or more other veterans, all using entitlements (not spouse)

In states that do not recognize same sex marriages, couples will need to utilize the VA joint loan. However, the VA guaranty is only extended to the veteran and their portion of the loan. The other applicant is not backed by the VA loan guaranty. Because of this, some lenders may require a down payment on the non-guaranteed portion of the loan.

It is the intention of the Department of Veterans Affairs to ensure all Veterans and their families continue to receive the benefits that they have earned and deserve through their service. While it might be a state issue, the VA recognizes both same sex and opposite sex marriages as equal and the same.

Feel free at any time to contact us with your questions about restoring your entitlement, more information about  a VA loan or for a free no obligation quote.

Copyright 2022 All Rights Reserved.
Veteranhomefinancing.com is a website that provides information about mortgages and loans. Veteran Home Financing is not licensed to loan money. It is a private website that is not affiliated with the U.S. Government, U.S. Armed Forces, or Department of Veteran Affairs. U.S. government agencies have not reviewed this information. This site is not connected with any government agency. If you would like to find more information about benefits offered by the U.S. Department of Veteran Affairs, please visit the Official U.S. Government Website for Veteran Affairs.
SEO Services